France- interesting blog subject — encompasses so much that it may be tough to keep all the threads running in the same direction. Every person has a unique set of circumstances and story to tell.

As a person who actually makes money doing my art, I can start off by briefly listing a few observations that perhaps will generate some discussion: Artists are not obliged to turn their back on commerce – rather each artist must make a decision to take a day job (commerce) and then create art as time permits or determine if it is possible to create and sell art – in whatever capacity (licensing, originals, giclee prints, commissions) and learn to take the steps necessary to advance in that direction.
One time-honored way seems to be by becoming an art teacher/professor and using that as a springboard, but that is admittedly a long way around and my understanding is that jobs are not that easy to come by nor do they pay much, I’ve been told.
This means a hard-headed approach to business: sales, marketing…etc. It is very rare that an artist will be “discovered” and pursuing that dream is a long shot. Rather, question all that you’ve learned, look around and see if you can determine a new paradigm for bringing your work to an audience and consider all the options. The web is an amazingly democratizing tool in this regard. (Steve Jordan, photographer)

Enjoyed the discussions. I disagree with one person’s thoughts – that all ideas/images originate in words ….much as I love words…enjoy writing. My concepts for sculpture originate in images – not words – images of feelings.
Everyone thinks…sees…differently. Some people think in numbers. They actually see things in numbers of visual planes/dimensions. I’ve done this in dreams…so I know it’s possible.

As far as not being a starving artist : Methinks one has to have a talent for business as well as for art.
Artists aren’t known for business talent . Those that are blessed with it are lucky. Yes – it is a talent. In addition…or as part of that – money has to be a priority. Despite fact that it was always a …often lacking…necessity – money was never a priority with me. Developing the quality of my art was my priority. And my compulsion or obsession to create the sculptural images. I certainly regret I didn’t make business/money a priority. In retrospect – if I had my early years to do over again – I would apply myself to learning how to do business. ‘Twould be very difficult since I’m lacking in the most fundamental elements of business talent – those common to most all people. It’s hard to learn something for which you have no talent.
I think it was Bill Gates reflecting on the elements of his success – who said that in addition to being at the right place at the right time… luck plays a big role in [financial] success. I guess I’ve been lucky to have had these re my art talent and compulsion to develop it….and the luck that opportunity to do so were there for me.Practical Considerations …to being a financially successful artist …..

Having the pragmatic eye to put a monetary value on your work is the first element.

Pricing – Know how to price your work. Know current market values….in galleries…for commissions. There are formulas for pricing – different ones depending on the nature of your art – such as costs of materials, services, travel and time. Know the basic formulas for these so you don’t under-price your work .

Salesmanship – Know how to negotiate. If you’re not adept at selling…at negotiating : Find a reputable art dealer or manager who is a] honest b] has your interest at heart {i.e. Is working for you – not the client} c] who gives you good information re pricing….re client’s budget [if commission]… and some background on the client and nature of their particular art interest where pertinent.

You can learn a certain amount re above….art schools now give business courses. But good instincts re all of it are the best asset.

in the sixties, there where some old taxi drivers in new york, (they are all dead).
when you asked them how long have you been driving a taxi ?
you used to get the following answer ” a very short time, 50 years”.
i always use that same answer with my photography.
if i am being asked how long have you been photographing i say,
” a very short time 50 years”.
my beginning years as a free lance photographer where full of feast and famine periods.
i always used leicas, and had to trade in my old one for a new one.
but, every case is different.
to be in the right place, at the right time, luck. is it.

how did i become a photojournalist ?
i grew up in latin america, worked as assistant on 50 documentaries and also on some long features.
as i was not working with charlie chaplin, victorio de sica, felini,
i decided to be on my own.
if i did something good it was my fault, if it was bad also my fault.
it was 1955, argentina had just had a revolution, i flew in a beach-craft to the patagonia and photographed the new president, general pedro eugenio aramburu fishing in usuaia,
he was later assassinated.
time and life published my picture and that was the beginning.
the rest of the story is on my website.
also the link to the national library in vienna, austria, to whom i have donated all my ouvre.
lisl steiner.
fosforito.
fosforito is my pseudonym.
i had red hair and was thin.

France, Thanks for the opportunity to comment on your interesting exhortation! Here’s my take on it:

1. To stop being a starving genuine artist, one needs to remember how very close we all now are, artists and non-artists alike, to the possibility of literal starvation. Non-artists may find it more adaptive (in the short run, at least) to ignore this quite real and imminent possibility; genuine artists cannot ignore it and still function as genuine artists — if they choose to ignore it they will be commercial artists posing as genuine artists.
2. On a more constructive note, all genuine art is based on ideas, and ideas are almost-exclusively based on words (the famous dream of a snake eating its tail that led to the discovery of the structure of the ring-like structure of the benzene molecule [I think I have that right] is a possible exception whose fame proves the rule. This significance of ideas in art applies to all the arts — even including music — which have been developed mainly over the past 500 years or so (the genuine arts made some brief appearances in a few cultures in earlier  periods as well, I should say). The reason — or at least the reason that one can do anything about — that genuine gifted artists now starve is that they — like so many non-artists — have given up on both words and ideas during the almost-exactly fifty years during which words and ideas have become so discredited in most democracies, as they had become discredited in fascist and communist and monarchical states in the course of the approximately-fifty years before that. The death or effective-disabling of almost all meaningful public language, and of the ideas and knowledge that fundamentally depend on language, is the ultimate source of the starvation of genuine artists. “You can’t think what you can’t say”, and you can’t paint, draw, play, dance, collage, or otherwise make art of what you can’t think. Since I know you are an artist who _has_ used words (and the imagery  arising from thought in words) to communicate ideas, and — even better — one who has used them in combination with visual art talent and highly-trained skills, I think you should try to avoid starvation by returning to that kind of art, while making use of any and all getting-by techniques to get your supper (I recommend yams, fortified with quinoa and greens a la David Lynch (I think you can see that documentary, “Quinoa”, of his cooking on U-Tube). Lynch is of course an especially fine example of a very successful starvation artist, and one who — as “Quinoa” (the video) reveals — hasn’t let success go to his head. Also worth noting and perhaps emulating in your own way is his use of sexual material: it’s still accepted as psychological fact, as far as I know, that nutritional drives and sexual drives are quite separate under normal conditions!
Sheaf

Posted on October 13, 2013 by France Menk
I know we met in NYC . A few times. Last I think with my brother in a bar – on Broadway? !
So, now I find myself in the la la land of South Portugal. Not starving exactly but not raking it in either. Stock provides some income. As does bartering my prints for food – literally.
And you?

This site uses Akismet to reduce spam. Learn how your comment data is processed. 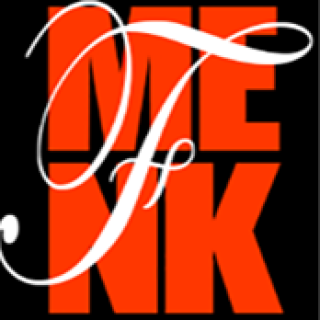 Hello, Everybody! if you want to see the ME, hire me for a photo shoot: travel; reportage; adventure. Then converse, climb, and cavort with the ME.